Hey guys! How was your weekend? Well, I have got some ‘kicks’ to tell.

This last Friday I got to perform at the Las Vegas All Star Revue, in the land of enchantment, Albuquerque New Mexico. Not only is it the Hot Air Balloon capital of the world, it’s the city where the movie The Avengers was filmed! It is located just east of the Acoma (“Sky City”), home of the Acoma Pueblo indians which have occupied the territory far more than 800 years. Also, did you know that Albuquerque was founded in 1706, which is one of the nation’s oldest inland communities housing around 500,000 people in a 133 mile city radius, smack dab in the geographical center of New Mexico?

So where, might you ask, did I perform, in such an awesome city as Albuquerque? Here’s a hint, does the 1946 song from the Nat King Cole Trio, ring a bell? No? The Rolling Stones sang it in 1964. How about the 1987 cover rendition performed by Depeche Mode? Are you hip? 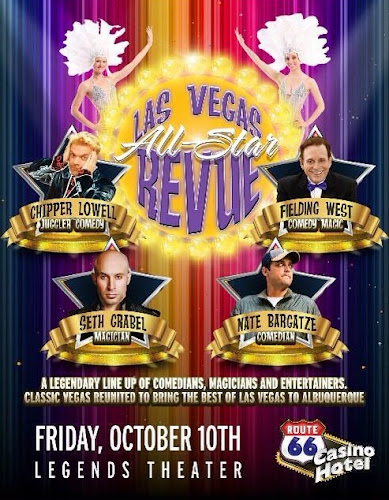 This place was SOOO wonderful. The staff was unbelievably friendly and welcoming. And everything was so clean and sparkly. Almost too clean… The casino itself is not one of those mammoth casinos that you would expect on the Vegas strip, that would take you half an hour to walk through, end to end. This casino was like the perfect size, Goldilocks style. And the remodeled Thunder Road Steakhouse, was absolutely breathtaking. 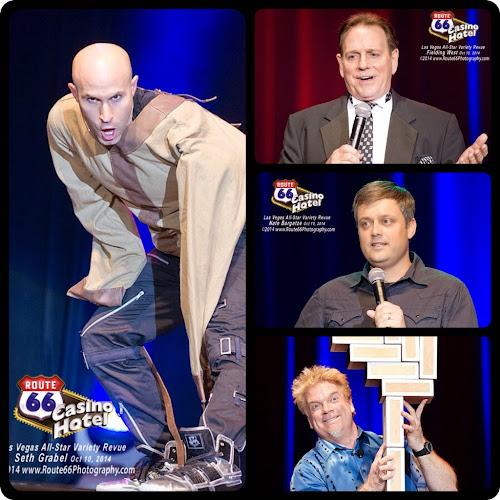 While at the All Star Revue, I got to meet Chipper Lowell (variety comedy magician), Nate Bargatze (stand up comedian), and Fielding West (comedy magician). These gentlemen were incredible and absolutely hilarious! The show was a hit and the audience was resplendent. 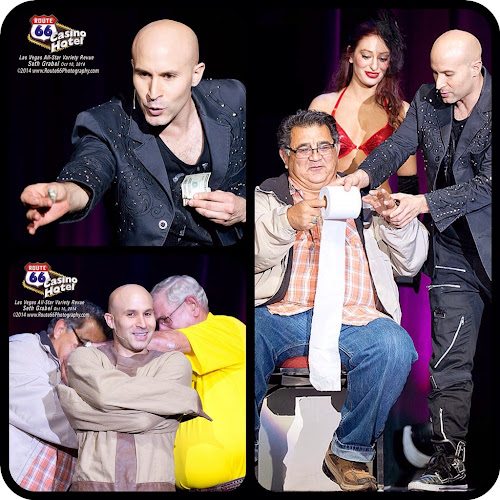 A huge thank you to everybody who could make it out to see us. This was truly and enchanted experience!

Have an amazing week you guys,